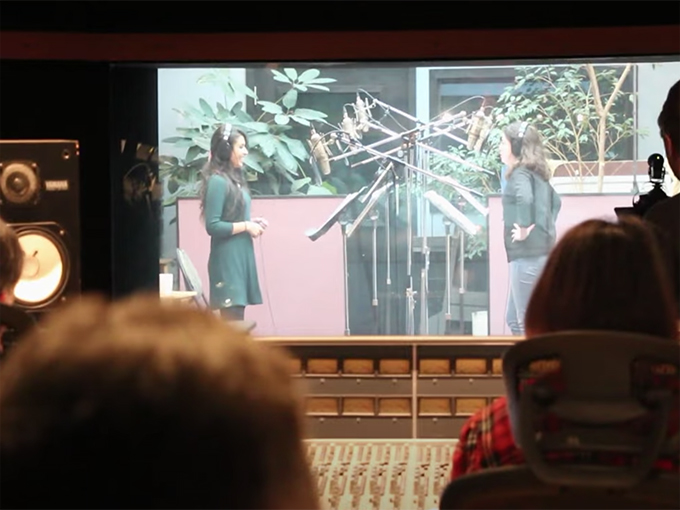 While animation has, for the most part, been able to continue in a work-from-home world, many productions have hit a snag: talking characters. Voiceovers usually require a nicely softened and padded room, a special microphone and even when there’s only one person in the booth, there are several people sitting on the other side of the glass running the tech elements. To make matters morse, since many animators work off existing VOs, some shows can’t carry forward, even if they’re fully set up to animate at home.

While it’s true that some of the bigger names in voice acting have access to their own at-home voice recording studios,  most productions have several more voices on the show who don’t have that kind of set up. And even if there were a set up in place for every single actor, files need to be sent over to be edited using the right software, which often lives on a server at a physical studio.

That’s something that Novel Entertainment’s co-founder and creative director Lucinda Whiteley has become all too familiar with recently. The British prodco is in production on a trilogy of one-hour specials for Horrid Henry, and while it hasn’t quite gotten to record voices portion of the process, it is coming up quickly.

Usually the show, now in its fifth season, would have the main cast come record the voiceovers together in studio. Usually eight of the cast members would get together in the studio to record everything and have the voices flow even more seamlessly. Even if they can figure out a way to record remotely, that dynamic will be difficult, if not impossible to replicate, says Whiteley. So far, the actors have been doing rehearsals virtually via video calls (they are also recording additional online content to to upload to YouTube starting on April 25, via Zoom), but recording for the show itself presents new challenges.